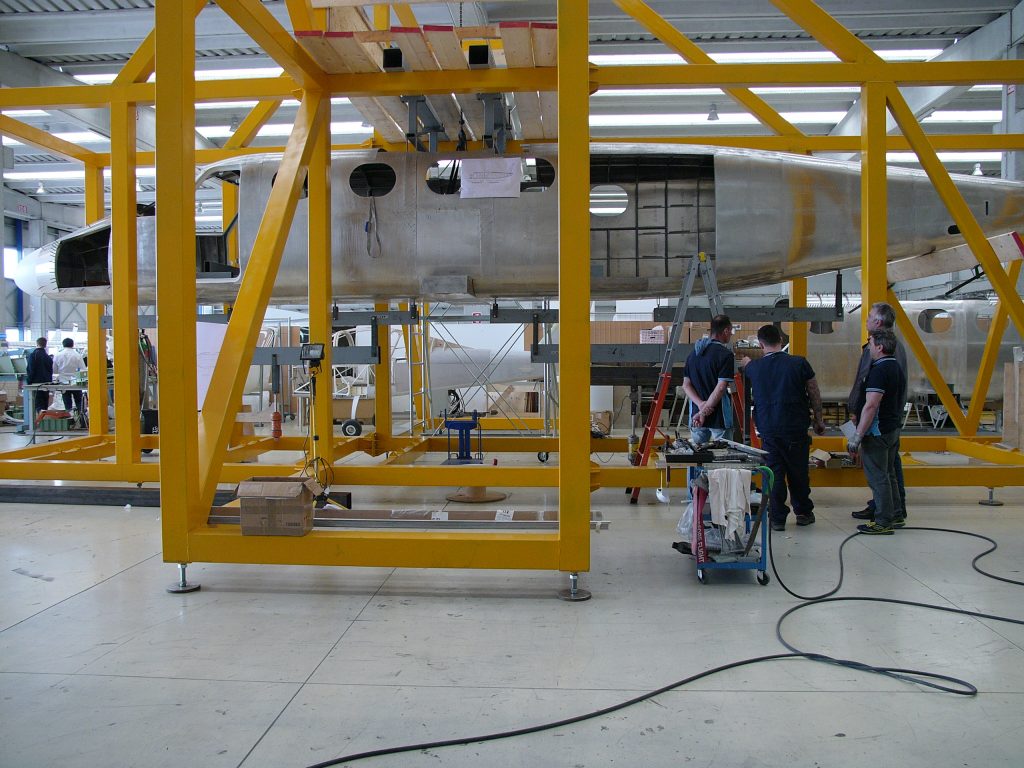 Tecnam today announced that the production of the first TECNAM P2012 “Traveller” is progressing well on its Experimental Assembly Line (XAL) in Capua, Italy, with roll-out scheduled for Q4 2015.
The Tecnam P2012 Traveller is an eleven seat next generation piston engine twin, designed to comply with both FAR part 23 and EASA CS-23.

First verification tests of the preliminary P2012 design on the main aircraft elements such as the fuselage and tail planes has confirmed the excellent parameter declared on the initial production program, underscoring the Tecnam leadership team’s confidence in an on-time development, production, flight test and delivery programme.

Many airlines, from US to Africa, Asia and Australia, have been demanding a replacement for the many hundreds of ‘heritage’ aeroplanes in the FAR23/CS23 category currently in service around the world.

Tecnam’s Head of R&D, Prof. Luigi Pascale has designed the P2012 Traveller to enable operators to benefit from very low operating and maintenance costs in particular. Built to operative on even non-prepared runways, with easy and fast turnaround.

Initial flight-testing is expected by beginning of next year, as is the opening of the new P2012 Traveller production facility in Capua, Italy.