These projects have received funding from the Clean Sky 2 Joint Undertaking under the European Union’s Horizon 2020 research and innovation programme under grant agreement No 687132 and No 671420. 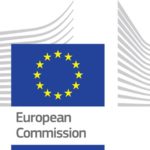 Disclaimer: The contents of this website are the sole responsibility of Tecnam S.r.l. and can under no circumstances be regarded as reflecting the position of the Clean Sky 2 Joint Undertaking under the European Union’s Horizon 2020.